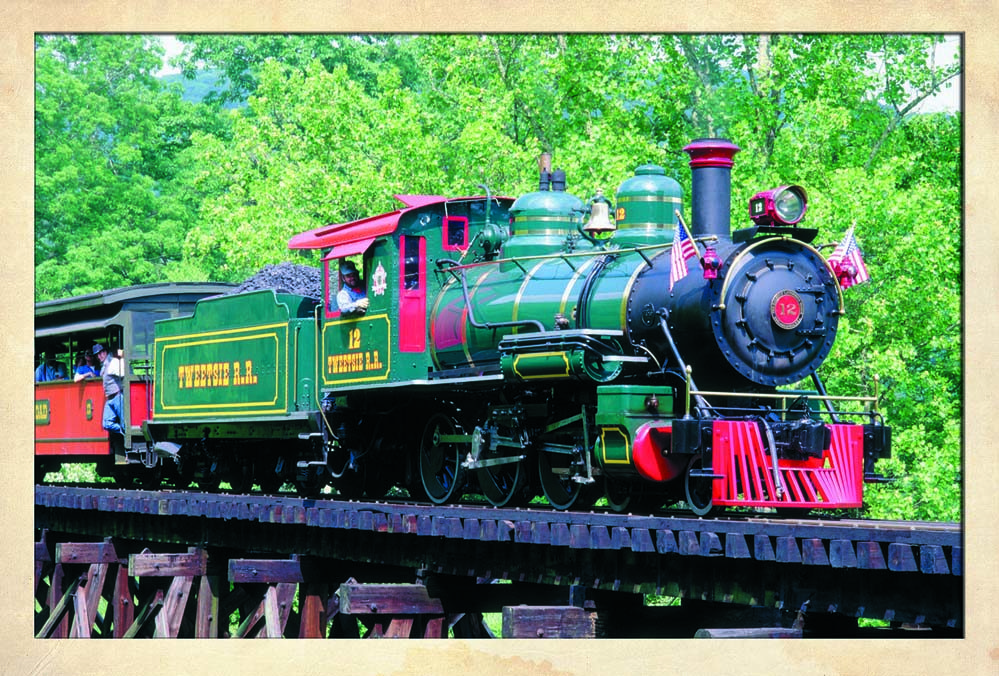 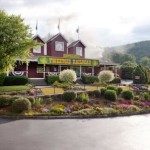 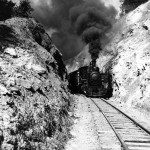 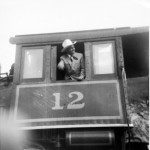 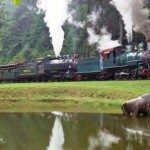 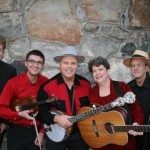 The railroad was dubbed “Tweetsie” by mountaineers who became accustomed to the shrill “tweet” of the train’s whistles.

The ET&WNC added passenger service, and brought lumber out of the mountains opening up a new source for agriculture in the once-remote Blue Ridge Mountains. The railroad was dubbed “Tweetsie” by mountaineers who became accustomed to the shrill “tweet” of the train’s whistles.

Locomotive No. 12, built in 1917 by Philadelphia’s Baldwin Locomotive Works, was one of thirteen narrow-gauge ET&WNC steam locomotives.

Modern roads and severe floods doomed the ET&WNC, and rail service to Boone ended in 1940. All steam locomotives were sold or scrapped, except for No. 12. 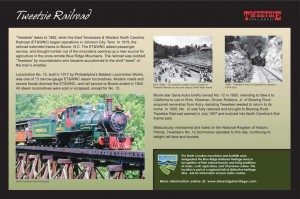 Movie star Gene Autry briefly owned No. 12 in 1955, intending to take it to California to use in films. However, Grover Robbins, Jr. of Blowing Rock acquired ownership from Autry, deciding Tweetsie needed to return to its home.

In 1956, No. 12 was fully restored and brought to Blowing Rock. Tweetsie Railroad opened in July 1957 and evolved into North Carolina’s first theme park.

Meticulously maintained and listed on the National Register of Historic Places, Tweetsie’s No. 12 locomotive operates to this day, continuing to delight rail fans and tourists.