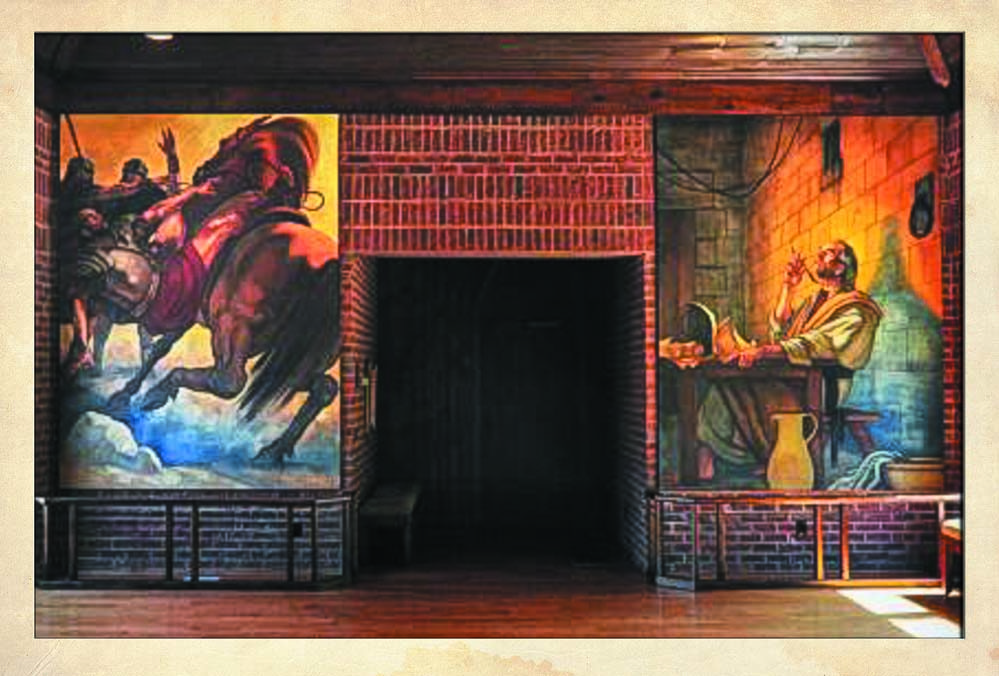 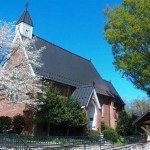 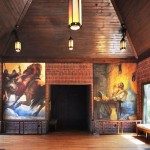 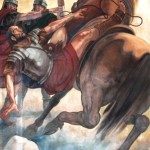 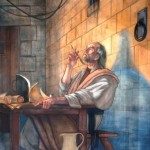 Artist Benjamin F. Long IV has become renowned worldwide for his frescoes, two of which adorn the commons area of Saint Paul’s Episcopal Church in Wilkesboro.  One of the frescos depicts Saul’s (later he became Paul) conversion experience on the road to Damascus, where he was blinded by the light. The second fresco depicts the Apostle Paul writing his epistles while imprisoned.

St. Paul’s Church traces its beginnings to 1836. The brick Gothic church was constructed in 1848 and consecrated the following year. A new chapel to accommodate the growing congregation has been built behind the old church and the two buildings connected by the commons area, where the frescoes reside.

Long was commissioned to do the two frescoes through a partnership between the Wilkes County Arts Council and the church. He uses the same fresco technique Michelangelo chose when he painted the ceiling of the Sistine Chapel.

About the Artist
Born in Texas in 1945, artist Benjamin F. Long IV grew up in Statesville, NC, and studied at the University of North Carolina at Chapel Hill and the Art Student’s League in New York.  He later lived in Florence, Italy, where he began his apprenticeship under Maestro Pietro Annigeni.  He has since achieved international fame as a master of both true Fresco, drawing and oil painting.  His excellence in the field of fresco painting has resulted in worldwide commissions, including France and Italy and several sites in North Carolina. 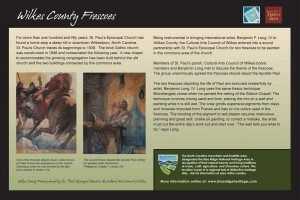