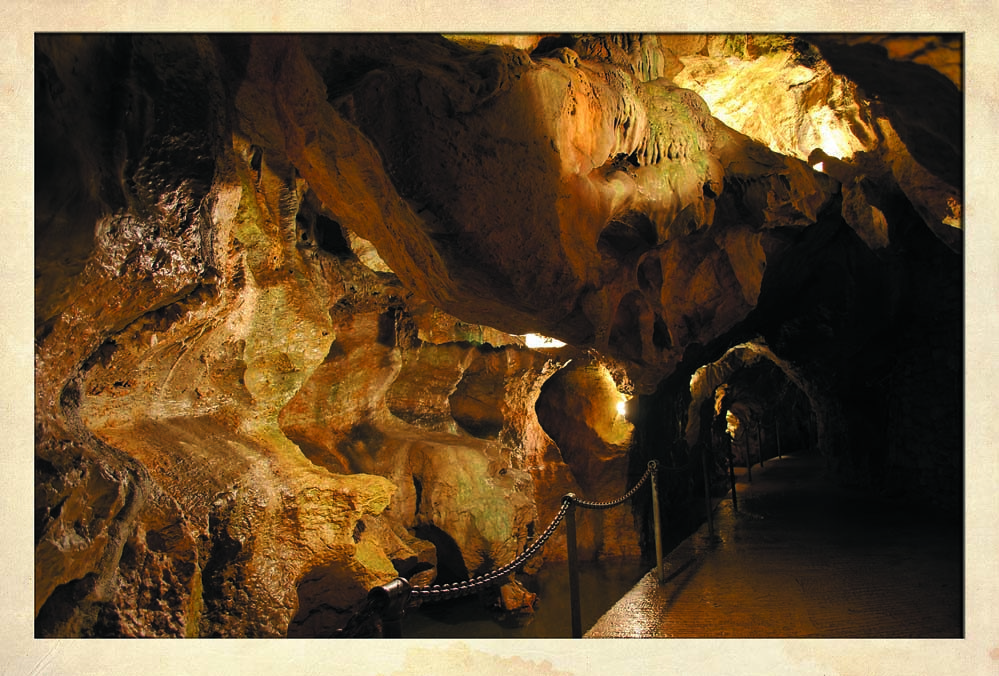 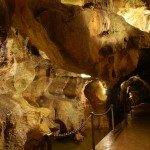 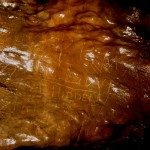 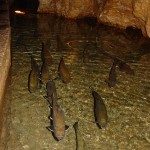 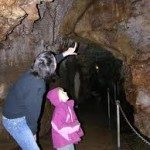 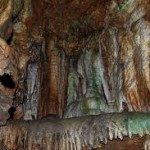 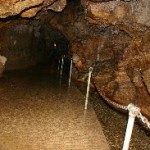 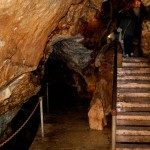 Many mysteries and legends surrounded Linville Caverns prior to their exploration. Stories of fish swimming out of the mountain led early curious explorers to discover the extensive caverns and underground streams in the 1800s.

Some of the most fascinating geological formations in the North Carolina mountains are not above ground, but beneath the surface at Linville Caverns, located near Marion, NC. Over eons, incredible “rooms” and fanciful underground labyrinths have been carved in the subterranean rock by slowly moving groundwater.

Linville Caverns are located deep beneath Humpback Mountain in the beautiful Linville Valley and have been the source of many mysteries and legends prior to their exploration. Stories of fish swimming out of the mountain led early curious explorers to discover the extensive caverns and underground streams in the 1800s.

An article in the National Speleological Society Bulletin mentions Revolutionary War soldiers spent time within the caves.  Official discovery is credited to Henry E. Colton around 1858, when he wrote of noticing native trout swimming in and out of the mountainside.

In the late 1800’s Thomas Edison sent mineralogist William Earl Hidden to the area in search of platinum needed in the manufacture of his incandescent lamp.  Although he did not find platinum, Hidden made several mineral discoveries such as the gemstone, Hiddenite.

He and three others documented their July 21, 1884 exploration of the caverns by carving their names and date into a limestone wall now known as Signature Rock. 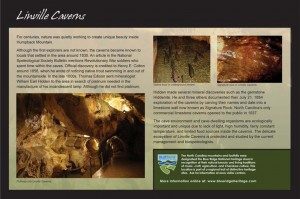 Since their discovery, Linville Caverns have been the focus of extensive research on their geological composition, the biology of species living there, their history and the folklore that has grown up around them.

NC’s only commercial limestone caverns opened to the public in 1937.  The cave environment and cave-dwelling organisms are ecologically important and unique due to lack of light, high humidity, fairly constant temperature, and limited food sources inside the caverns.  The delicate ecosystem of Linville Caverns is protected and studied by the current management and biospeleologists.