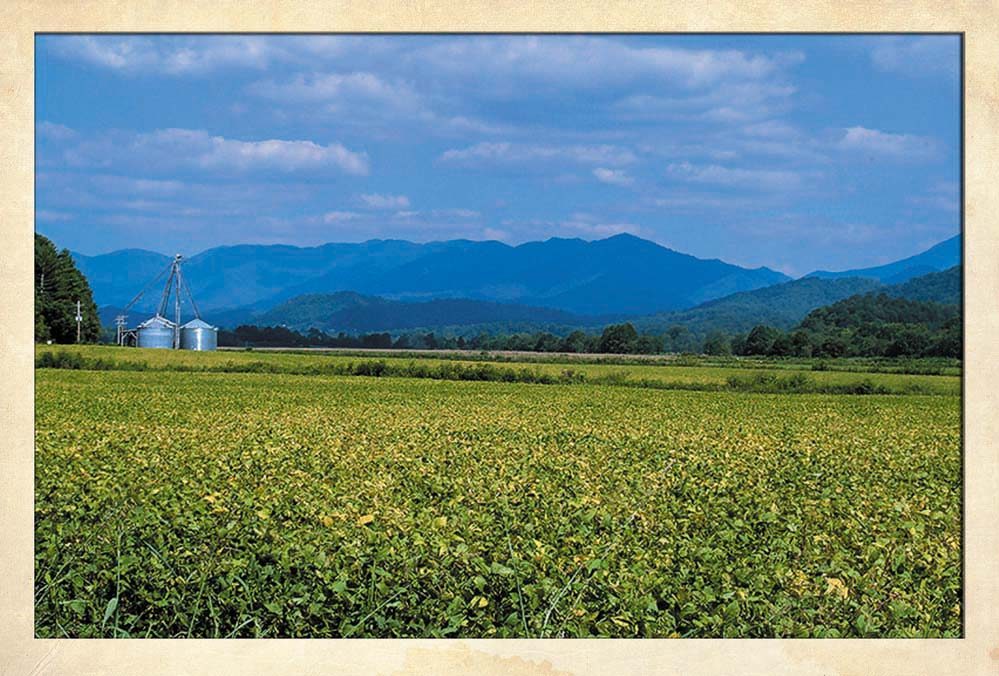 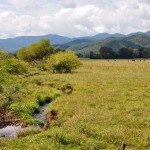 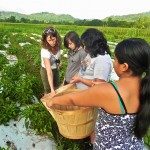 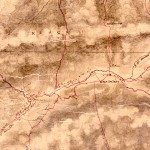 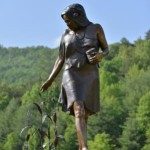 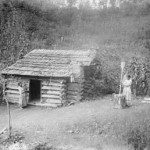 Konehete, the Long Valley Place, was the “bread basket” of the Cherokee Nation, with its rich, fertile soil and protection from the weather providing ideal conditions for agricultural cultivation.

Visiting the the Cherokee Homeland

Numbering approximately 25,000 people, the Great Cherokee Nation was the largest of all Native American tribes in what is now the southeast United States. Before European settlement, the Cherokee spanned a vast territory, from the Ohio River in the north to present-day Alabama in the south—approximately 135,000 square miles. Today, the town of Cherokee, NC, offers many opportunities to explore Cherokee heritage. These include the Museum of the Cherokee Indian, Oconaluftee Indian Village, Unto These Hills Outdoor Drama, and the Qualla Arts & Crafts coop.

Today much Cherokee history can be learned by visiting heritage sites in the town of Cherokee, including the Museum of the Cherokee Indian, Oconaluftee Indian Village, Unto These Hills Outdoor Drama, and the Qualla Arts & Crafts coop.

Cherokee history can also be found in sites throughout far western North Carolina including Konehete, the Long Valley Place —a name that whites shortened to Valleytown, the first name of Andrews, NC.

For centuries, the Long Valley was home to Cherokee communities such as Little Tellico, Tomatla, Conostee, Quotoconechito, Nehowee, Dasetsi, and Connehitoyn. This was the most densely settled area of the Cherokee Nation, a heartland area protected by towering mountains.

After the 1838 Cherokee removal, Cherokee enclaves re-established at Little Tellico and Tomatlas, and the area remains home to communities of the Eastern Band of Cherokee Indians.

This valley was the “bread basket” of the Cherokee Nation, its rich, fertile soil and protection from the weather providing ideal conditions for agricultural cultivation. (Large photo above courtesy of theblueridgehighlander.com.) 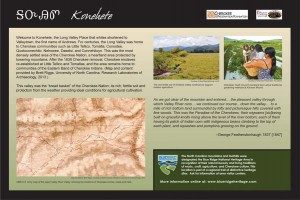 Agriculture in “The Paradise of the Cherokees”

As we got clear of the mountain and entered… the pleasant valley through which Valley River runs… we continued our course…down the valley… to a mile of rich bottom land surrounded by lofty and picturesque hills covered with fine woods. This was the Paradise of the Cherokees, their wigwams [sic]being built on graceful knolls rising above the level of the river bottom, each of them having its patch of Indian corn with indigenous beans climbing to the top of each plant, and squashes and pumpkins growing on the ground.