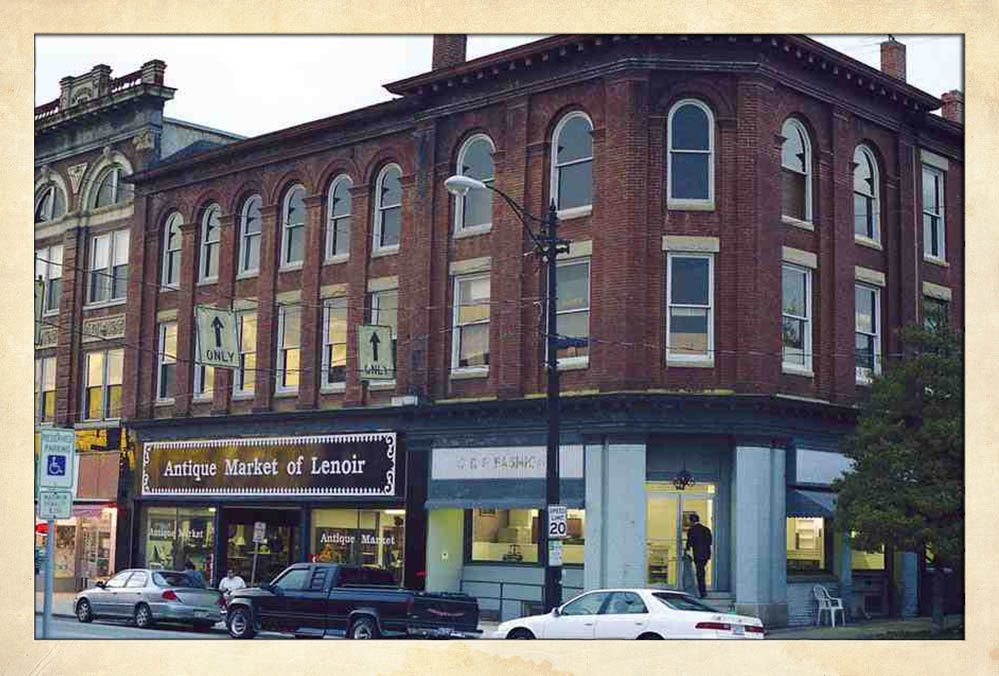 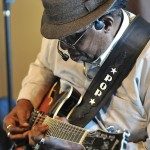 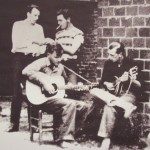 A rich heritage of agriculture and music converged in Historic Downtown Lenoir in the large, open-air market called Hog Waller. In the early-1800s, before the formation of Lenoir and Caldwell County, the Hog Waller market attracted people from all over the region to trade fruits, vegetables, livestock, guns and knives, homemade crafts, moonshine, and other merchandise year round.

Located between present-day Church Street and Boundary Street in downtown, the market took its name from the muddy area in the marketplace where hogs were allowed to freely “waller” around.

Until the 1950s, Hog Waller was also a hub of social activity and entertainment. “Soapbox” orators, like Charlie “Sledgehammer” Keyes, preached on the corners and musicians entertained crowds with masterful playing and singing. 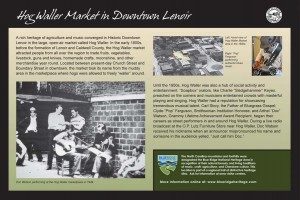 During a live radio broadcast at the O.P. Lutz Furniture Store near Hog Waller, Doc Watson received his nickname when an announcer mispronounced his name and someone in the audience yelled, “Just call him Doc.”