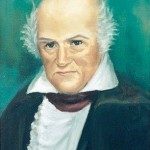 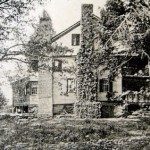 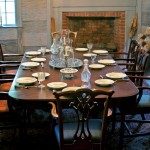 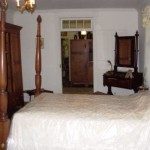 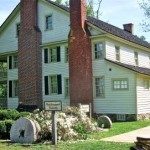 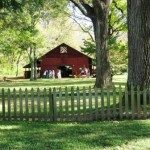 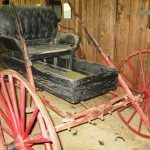 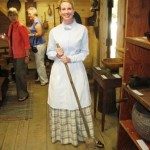 The Historic Carson House played a major role in the development of the Blue Ridge region of North Carolina, from the Revolutionary War through the Civil War and beyond.

The Historic Carson House, located in Pleasant Gardens, North Carolina, just a short drive from the Mountain Gateway Museum, was built in 1793 by Colonel John Hazzard Carson and was home to the Carson family until well after the Civil War.

An Irish immigrant, Carson amassed a fortune as a plantation owner and became a leader in Western North Carolina. He was a representative to the Fayetteville convention, where the North Carolina delegates ratified the United States Constitution in 1789, and served in the state’s House of Commons and in local county government as well. In fact, the Carson House was used as the seat of the county government until the courthouse was constructed.

The Carson family entertained famous Americans such as David Crockett, Sam Houston, and Andrew Jackson in the Carson House, which was also once used as a stagecoach inn. Toward the end of the Civil War, an element of Union general George Stoneman’s cavalry raiders skirmished briefly with home guards on the plantation grounds. After plundering the home and scaring the family, Stoneman moved on toward Asheville. 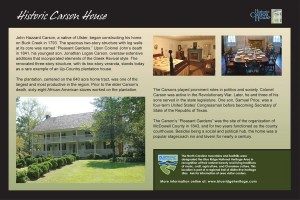 The Carson House has been lovingly restored, and its collections include period furnishings, ornaments and textiles, some items original to the house and the Carson family. A collection of quilts, some made by Carson slaves, is on display. One of these is purported to illustrate safe passage through the area for escaped slaves.