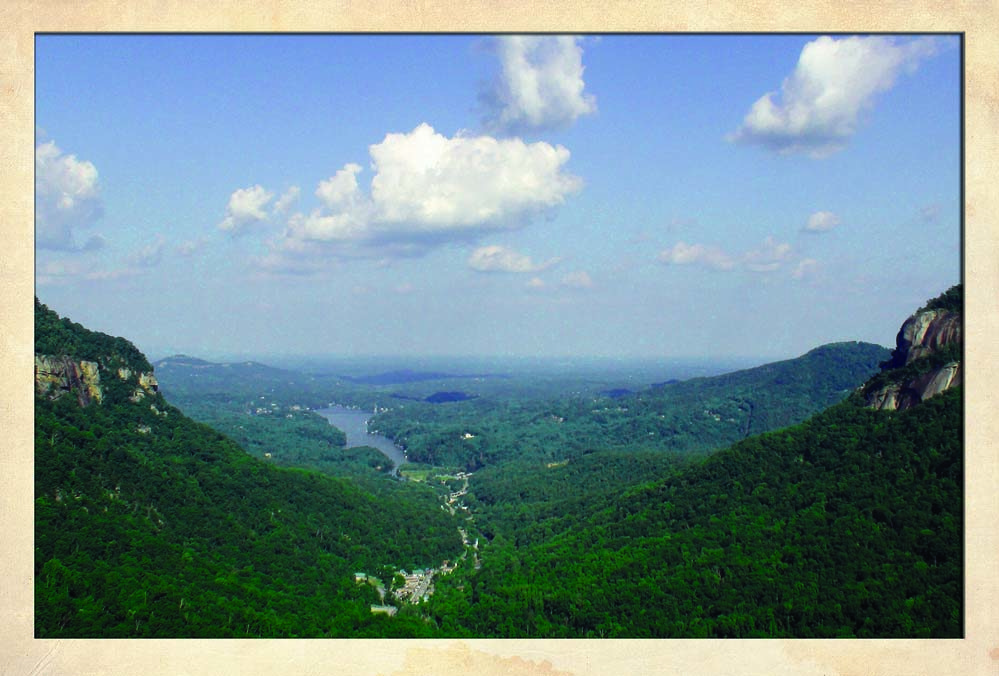 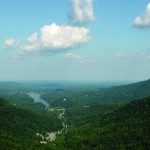 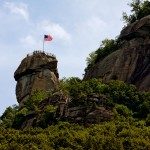 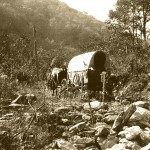 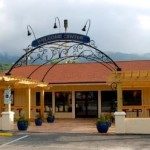 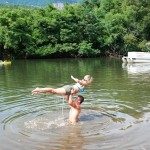 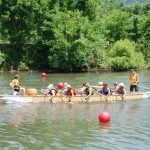 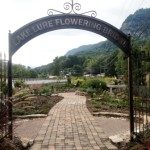 The Cherokee established the first trails through the gorge. In their legends, “little people” or spirits kept people from passing through. Only when a magician disguised himself as a whirlwind was he able to bring the sacred tobacco plant back through the gorge to his people.

The Hickory Nut Gorge is a 14-mile, 20,000 acre long canyon with an abundance of undisturbed forests, waterfalls and granite cliffs. It cuts a corridor through the Blue Ridge escarpment, connecting the piedmont and the mountains. The rocky, moist gorge harbors an incredible number of plant and animal species.  Many of them — like the green salamander — are very rare.

The Cherokee established the first trails through the gorge. In their legends, “little people” or spirits kept people from passing through. Only when a magician disguised himself as a whirlwind was he able to bring the sacred tobacco plant back through the gorge to his people.

For centuries, travelers passed through the gorge on foot or horseback or by stagecoach. Inns along the old Drover’s Road served travelers headed toward Rutherford County and destinations to the east and south. The rough road between Rutherfordton and Asheville was not improved until 1924.

The Welcome Center is the visitor hub of Rutherford County located next to the Lake Lure in Morse Park Meadows. The center houses a history room of county facts, information and maps on lodging, dining, things to do, shopping, film sites, and a pergola front patio consisting of swings and benches. The entire area is very family friendly.  View a movie of one family’s visit. 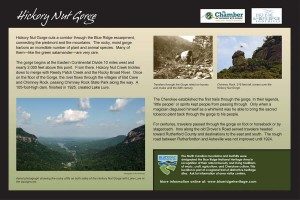 Area Highlights:
The Lake Lure Dam was built in 1926. The lake has 27 miles of pristine shoreline and is 104 feet deep. Visitors can get on Lake Lure by renting a pontoon boat or taking a guided tour by Lake Lure Tours who will share the story of the town under the lake previously know as Buffalo, a rural farming community.

The Isothermal Belt region covers all of Rutherford County resulting in milder temperatures in the summers and winters making area attractions fun all year long.

The movie, Dirty Dancing, was filmed mostly at Lake Lure. The annual Lake Lure Dirty Dancing Festival in August is a two-day throwback to the classical film featuring a lakeside film screening and a family friendly festival with live music and dance performances and lessons by the Asheville Ballet. Proceeds from this festival benefit the Pancreatic Cancer Action Network to fight the disease that took Patrick Swayze’s life.

The Lure of the Dragons Race and Festival is an annual event where teams from across the region paddle 250 meters down the Rocky Broad River in 30-foot long dragon boats dressed out in dragonheads, tails and scales. This 2,500 year old Chinese tradition pays homage to the Asian dragon water deity, but nowadays celebrates breast cancer survivors. The day features the parade of the dragons and a fun festival with food and live music benefiting multiple charities.

The Lake Lure Flowering Bridge is a beautiful 1925 bridge converted into a community flower garden and pedestrian walkway over looking the Rocky Broad River. With more than 700 species of plants and flowers, the bridge is only the 2nd of its kind in the country.