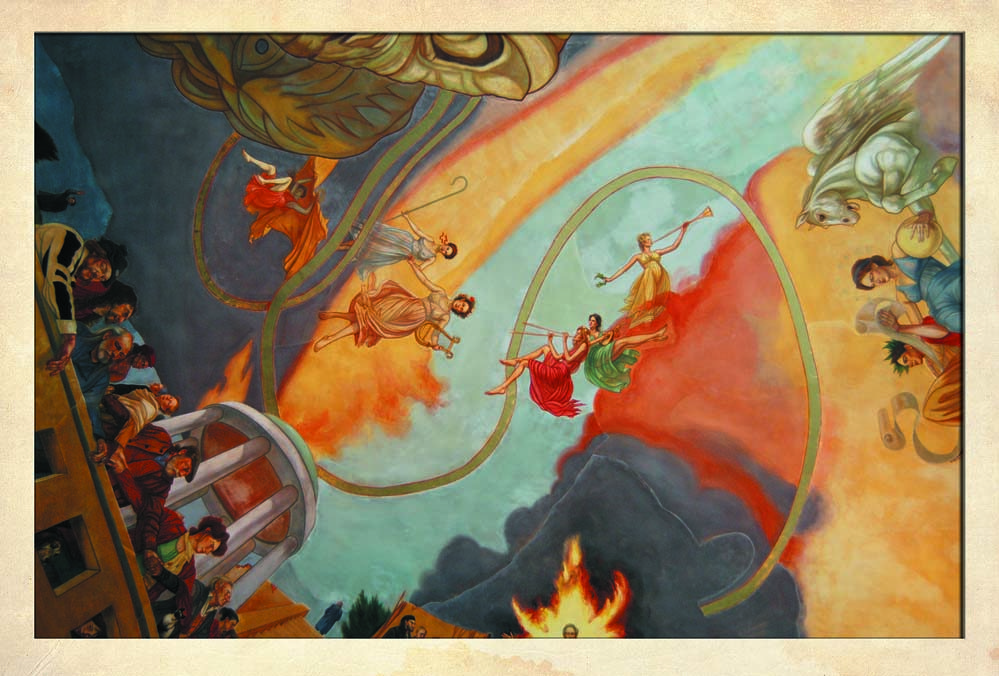 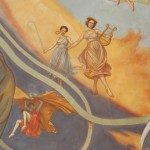 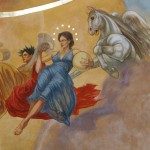 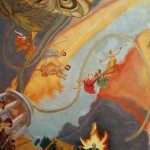 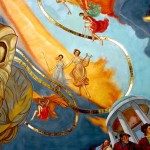 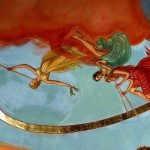 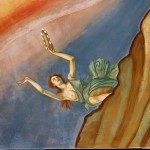 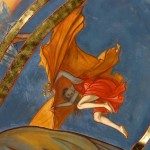 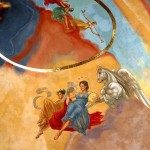 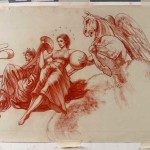 The Muses were courtiers of the divinities who inhabited Mount Olympus and served as companions of Apollo in his aspect as the god of music.

Artist Benjamin F. Long IV has become renowned worldwide for his frescoes, one of which adorns the ceiling of the Municipal Auditorium in Morganton, NC.

Long selected the Muses as the theme for the Community of Morganton’s Municipal Auditorium (CoMMA) because of their inspiration for the arts and sciences. The auditorium presents MainStage events including plays, musicals, concerts, comedians, cirque and ice shows.

Born in Texas in 1945, artist Benjamin F. Long IV grew up in Statesville,  and studied at the University of North Carolina at Chapel Hill and the Art Student’s League in New York.  Ben later lived in Florence, Italy where he began his apprenticeship under Maestro Pietro Annigeni.  He has since achieved international fame as a master of both true fresco, drawing and oil painting.  His excellence in the field of fresco painting has resulted in worldwide commissions, including France and Italy and several sites in North Carolina. 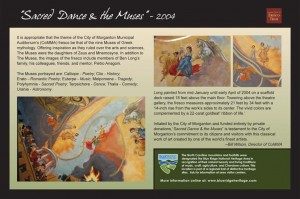 Initiated by the City of Morganton and funded entirely by private donations, “Sacred Dance & the Muses” is testament to the City’s commitment to its citizens and visitors with this classical work of art created by one of the world’s finest artists. It is one of the frescoes on the Benjamin F. Long IV North Carolina Fresco Trail.