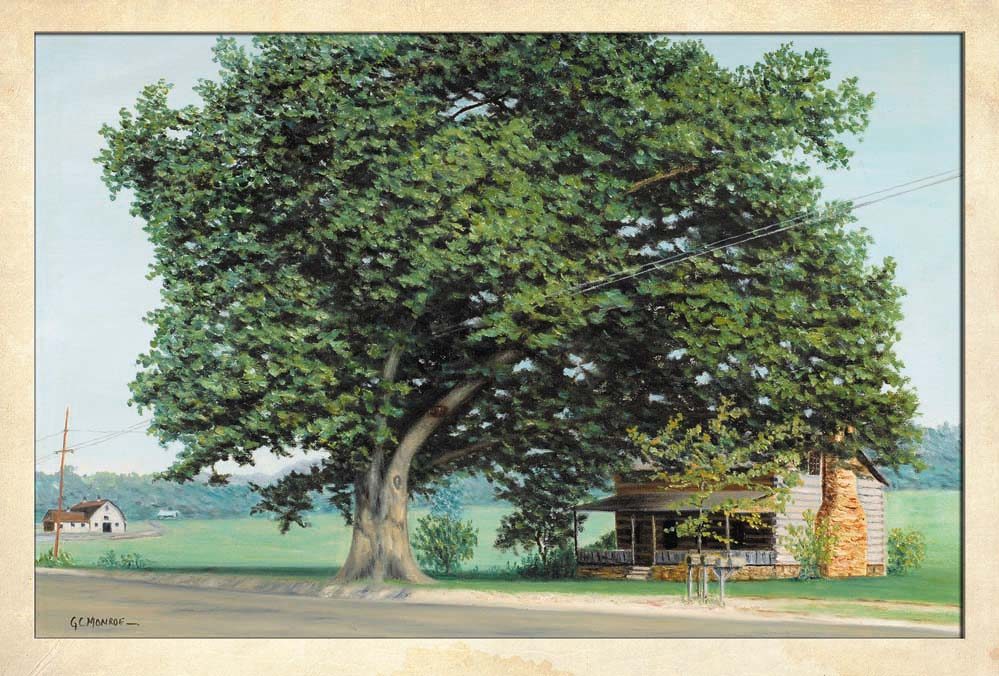 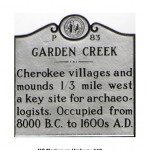 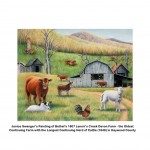 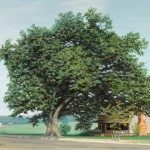 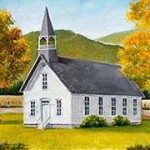 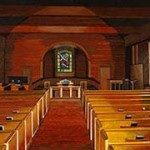 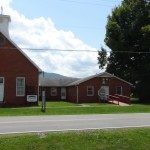 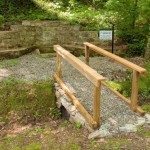 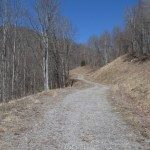 The lush alluvial soils of the Bethel area attracted the first husbandry cultures, ancestors of the Cherokee, to the area thousands of years ago; this same fertile land continues to provide productive soils for the fields of today’s farmers.

These Cherokee ancestors inhabited the lands of Bethel (Pigeon Valley), taking advantage of natural amenities: rich soils for farming, thirteen miles of streams, the Pigeon River, and an enormous variety of native plant and animal life.

Bethel is the location of the oldest human settlement in Haywood County. The Blue Ridge Parkway lies at Bethel’s southern border, the community’s headwaters are blanketed by Pisgah National Forest with Black Balsam Knob, Cold Mountain, and Mount Pisgah providing striking contrast to farmlands and valleys below.

A leader in the state’s farmland preservation efforts, the Bethel Rural Community Organization’s (BRCO) mission is to locate and coordinate local and regional resources that enhance the quality of rural life in Bethel while preserving its lands and history.

The organization’s headquarters are in the historic Bethel Presbyterian Church. The structure was built by prominent WNC builder, the Reverend Jesse Stalcup, in 1885.  Prior to 1964, the facility was a typical white clapboard chapel.  During the mid-1900s the building was turned to face Sonoma Road, and a fellowship hall/classroom addition dramatically changed the church’s appearance.

The beautiful interior is reflective of the narrow matched tongue-and-groove style that became prominent on ceilings and wainscoting after the Civil War.  The Reverend Stalcup admired the tongue-and-groove appearance so much that he employed solid chestnut wood to position the traditional vertical bead board  planks in conjunction with slanted and horizontal  bead boards throughout the sanctuary to create a dramatic appearance on walls and the ceiling. The church pulpit is highlighted with a lovely stained-glass feature depicting Christ sewing the seed.

The Bethel Presbyterian Church congregation existed for 175 years (1834 – 2009) at which time BRCO began using the facility as a community center. Visitors can view a collection of art prints of historic sites in Bethel Community, a striking oil-based pictorial view of the church’s sanctuary and an artistic water-color depiction of the original white church exterior.

The organization has also collected Books 1 – 6 of Legends, Tales & History of Cold Mountain, a DVD (Walking in the Footsteps of Those Who Came Before Us), and a Cold Mountain Heritage Tour CD, available at www.bethelrural.org.

Bethel Rural Community Organization (BRCO) is a 501(c)3 non-profit. Its mission is to “Locate, coordinate, and lead local and regional resources to perform programs and projects that enhance the quality of rural life in the Bethel Community.” 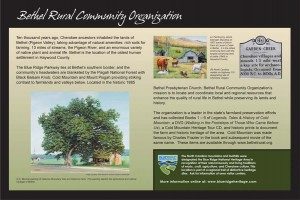