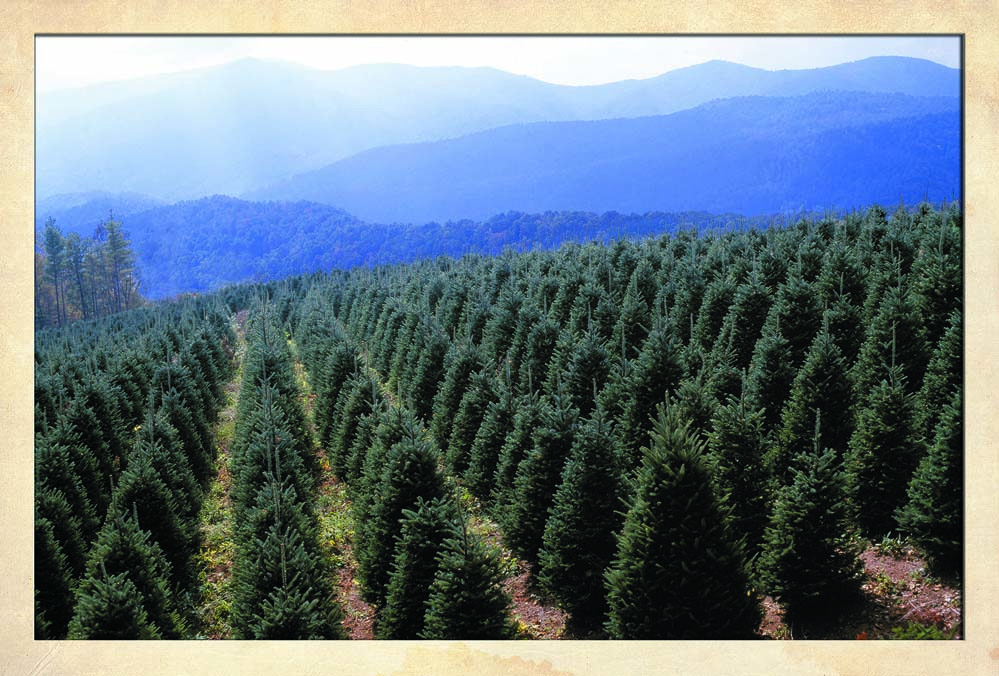 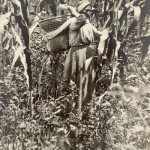 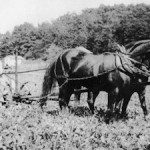 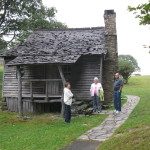 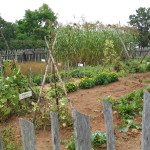 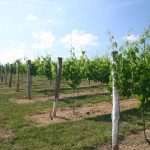 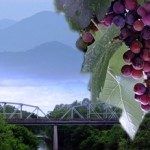 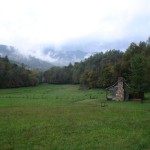 For thousands of years Native Americans cultivated the fertile valleys of the Blue Ridge region including North Carolina. Employing techniques such as “slash and burn” to clear small areas of forested land and fertilize the soil, the Cherokee raised crops that included the “three sisters” – corn, beans and squash. Upon settling the region, European immigrants quickly adopted many Cherokee crops and techniques alongside the agricultural practices they brought with them. This blending of farming traditions resulted in a distinctive regional agricultural heritage.

From the overlook on the Blue Ridge Parkway where this sign is located, visitors are offered a long range view of an area of mixed agriculture in the region. Like their ancestors before them, the people of this region continue to cultivate traditional fruits and vegetables, but they have also introduced new crops such as Christmas trees, ornamentals, mushrooms, herbs and wine grapes. 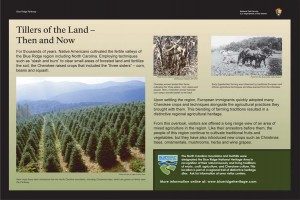 Today, the North Carolina Christmas tree industry is ranked second in the nation for Christmas tree sales annually and produces over 20% of the live Christmas trees grown in the United States. Fraser Fir trees represent over 95% of all species grown in North Carolina. NC Fraser firs have been selected 12 times for display in the Blue Room of the White House. Numerous “Choose ‘N Cut” tree farms are nearby.

Nearby on the Parkway

At Milepost 238.5 is the picturesque Brinegar Cabin. Built around 1880 by Martin Brinegar for his bride, Carolyn Joines, the homestead also includes a garden, out buildings, and a spring house.

Be sure to visit Wildcat Rocks (Milepost 241.1), to view the Caudill House, a survivor from a community largely destroyed by an early 20th century flood.