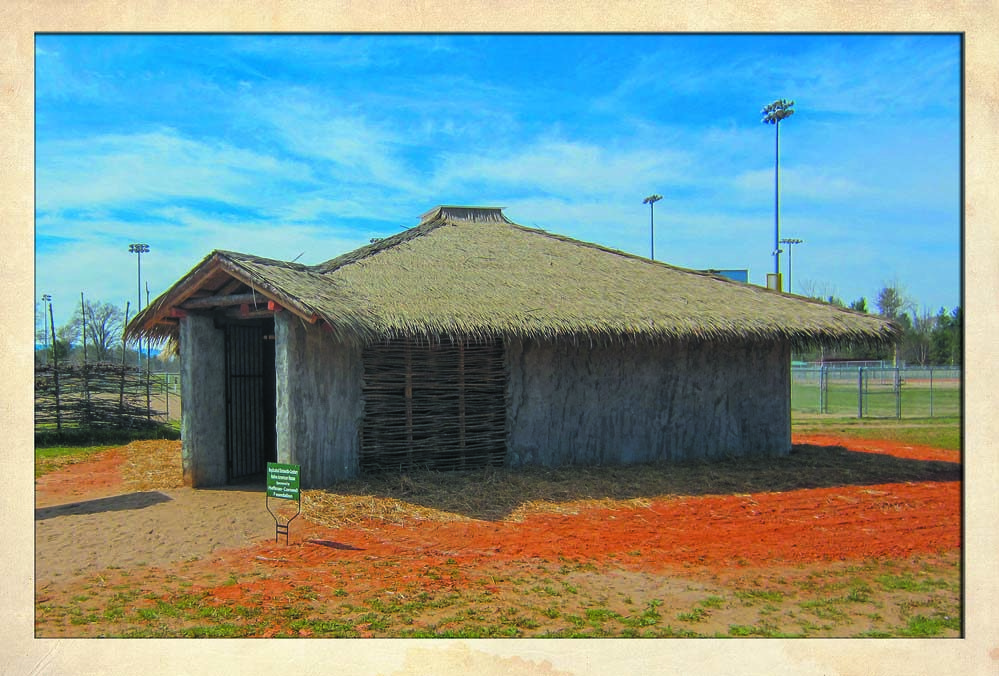 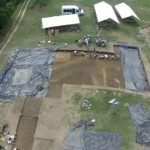 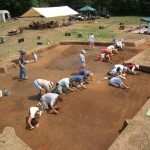 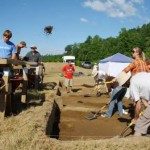 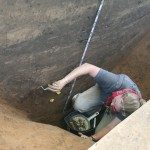 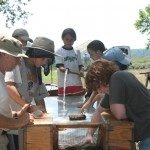 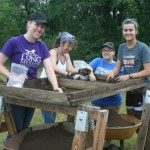 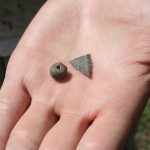 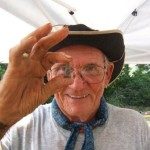 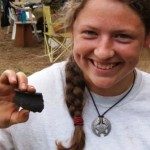 Discoveries made at archaeological sites near Morganton show that Fort San Juan was the first European settlement in the interior of the United States, built nearly 20 years before the English “Lost Colony” at Roanoke Island and 40 years before the Jamestown settlement.

Native Americans have occupied the western Piedmont region of North Carolina for at least 12,000 years—from nomadic hunter-gatherers to builders of earthen mounds and permanent agricultural settlements. This rich cultural history has been documented by nationally and internationally significant archaeological research. Two sites located near Morganton, NC, have been excavated by archaeologists—the Berry Site and the Catawba Meadows Site—and have revealed information that literally rewrites our understanding of colonial American history.

The Berry site is a large Native American town that was occupied from about A.D. 1400-1600.  Archaeologists have identified the site as the town of Joara, which was visited by the Hernando de Soto expedition in 1540 and the Juan Pardo expedition in 1567.  In 1566, Captain Juan Pardo and his army departed Santa Elena (on modern-day Parris Island, South Carolina) to claim the interior of southeastern North America for Spain.  Pardo built Fort San Juan at the native town of Joara in 1567, making it the earliest European settlement in the interior of what is now the United States.

Spanish soldiers lived at Fort San Juan from January 1567 until about the spring of 1568.  In June, relations between the Spaniards and the native peoples of Joara ended tumultuously, and the fort was burned and destroyed.

The Berry Site is not open to the public except during the annual Field Day Open House and several advertised tours. View this video to see what Field Day is all about.  Or click here to get a “drone’s eye view” of the Berry Site on Field Day 2015.

The new Catawba Meadows Living History Village is an easily accessible year-round public archaeology facility at Catawba Meadows Park in Morganton. The Exploring Joara Foundation (EJF), a local non-profit, is developing this center on the footprint of a significant ancestral Catawba Native America town that is currently under archaeological study, making it an ideal and authentic location.  The center includes an outdoor exhibit area with replica Native American buildings and a shelter for public presentations.

Plans for an interpretive museum and replica of the Spanish Fort San Juan are underway. Once completed, the site will provide a unique “living history” experience of Native American and Spanish colonial lifeways for both students and visitors and will be a focal point for a statewide “Archaeology Trail” linking educational and heritage tourism sites across North Carolina. 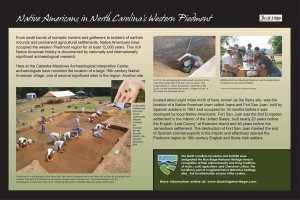 Both sites are supported by the Exploring Joara Foundation, an organization dedicated to promoting public archaeology in the upper Catawba and Yadkin River Valleys of Western North Carolina.

With a threefold emphasis on supporting research, education and outreach, the foundation is dedicated to finding and protecting archaeological resources while fostering an understanding and appreciation for archaeology in the community.

All photos are courtesy of Warren Wilson College Archaeology Lab.