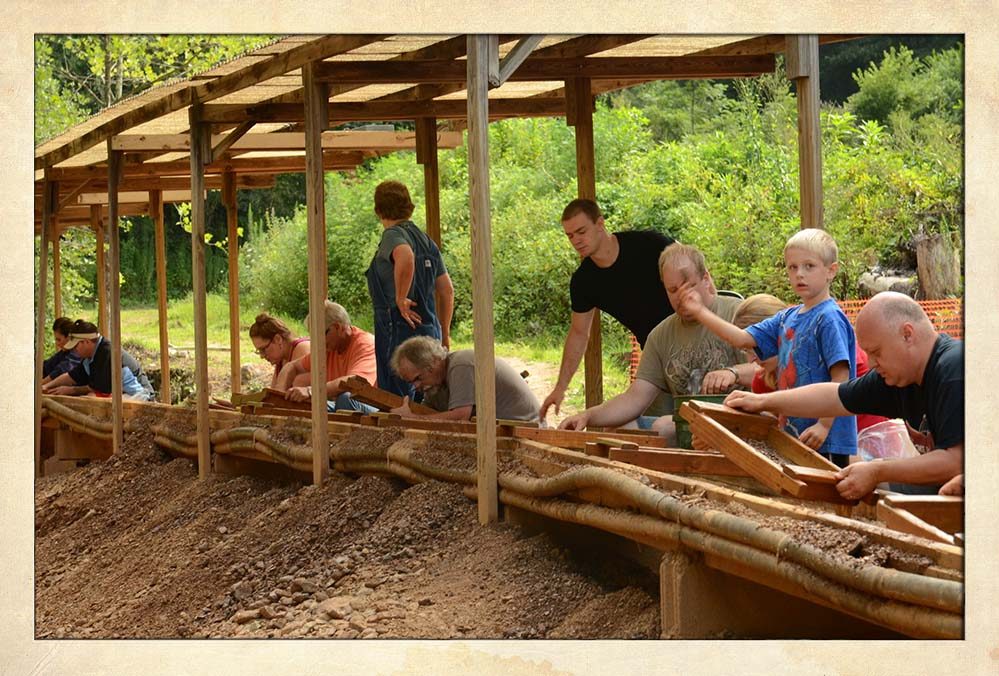 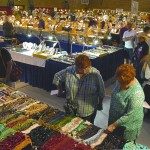 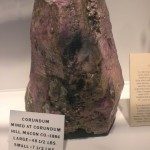 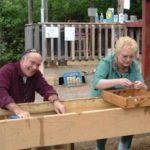 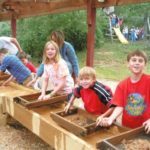 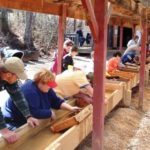 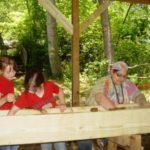 Comprising a complex mixture of igneous, sedimetary and metamorphic rocks that have been repeatedly squeezed, fractured, faulted and folded, North Carolina’s Blue Ridge mountains contain some of the richest deposits of gems and minerals in the world, many of which can be found in and around Franklin, NC.

Long before the first settlers arrived here in 1818, this area teased explorers with hints of mineral wealth – especially gold, silver and copper.  Not much interest was taken in Macon County’s gemstones until a farmer turned up some strange rocks while plowing his field in 1867.  A local scholar identified the rocks as corundum and commercial mining began at Corundum Hill about 1871.

Word of the corundum spread like wildfire.  During this period, a red corundum crystal (ruby) was taken from Caler Creek, the gem-rich tributary of Cowee Creek.  In 1895, the American Prospecting and Mining Company and Tiffany’s of New York began actively searching for the source of Cowee’s rubies, which was thought to rival those of Burma.  No mother lode was found and interest in large-scale mining of gemstones faded. 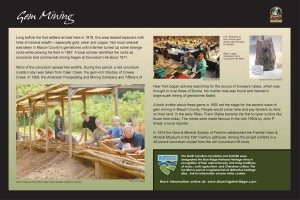 A book written about these gems in 1905 set the stage for the second wave of gem mining in Macon County.  People would come here and pay farmers to mine on their land.  In the early fifties, Frank Wykle became the first to open a mine like those here today.  The mines were made famous in the mid-1960s by John P. Brady, a local reporter.

In 1974 the Gem & Mineral Society of Franklin established the Franklin Gem & Mineral Museum in the 19th Century jailhouse.  Among the prized exhibits is a 49-pound corundum crystal from the old Corundum Hill mine.